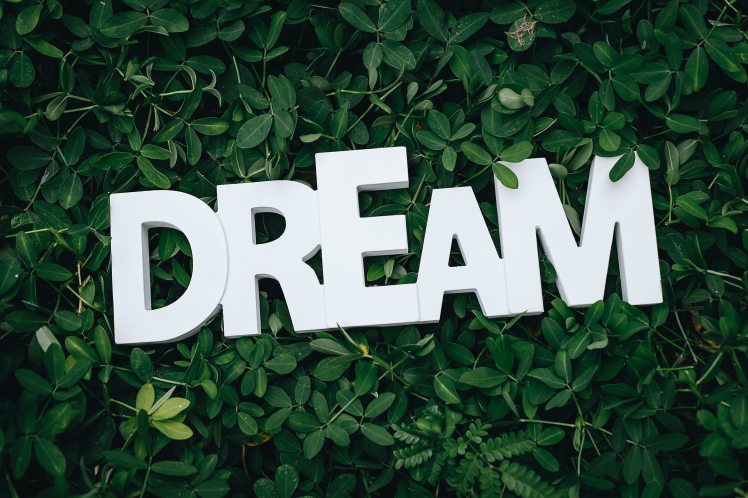 I recently read a blog post written by a business owner who advised other entrepreneurs to hire people who have “no dreams of their own”.

Why? The author felt that employees with dreams were more likely to depart his business as their own ambitions took shape — and further, that an employee with passions outside of work had more reasons to be distracted than one who didn’t.

He believed that one of a small business’s best chances at rapid growth was to cultivate a staff with a sort of pro-employer mania. The kind of workers who bound through the front door of the office every morning, high-five the boss and bellow, “Let’s do this!”

This, he said, was the kind of team that would devote itself to the entrepreneur’s vision. As a result, the team’s collective efforts would make the business owner a multi-millionaire.

I am simultaneously an entrepreneur and an employee. I work independently as a writer and consultant, and I do hire subcontractors in certain areas when a project necessitates it. At the same time, I am an employee of a publishing company. I can look at this issue from both sides.

And from both sides, his point of view makes me nauseous.

Speaking as an Employee

I’ve worked for some marvelous companies that genuinely gave a crap about their people. They appreciated the work we contributed toward their ultimate success, and respected the fact that we had lives outside of the office.

For these employers, I went the extra mile. I didn’t balk when I was asked – apologetically – to stay late and help with a special project. I pitched in and, importantly, I let them know why: “You guys treat me like gold. Of course I’ll rearrange my plans to help you out.” I wanted to reinforce for them that their decision to be generous and fair was working in their favor.

And when I could see a better way of doing things, I piped up. I was more than happy to contribute to my employer’s bottom line. I was genuinely rooting for them.

And whenever I published something or did a presentation unconnected to my job — something related to my dreams — they gave their enthusiastic support. They spread the word, bought copies, sat in the front row and applauded like groupies, wrote reviews, and let me shine.

I worked my butt off for those employers, and I was happy to do it.

And in fact, I didn’t leave the best companies I worked for. I stayed with one until they sold their business, and with another until the owner passed away.

On the other hand, I’ve also worked for companies who treated their employees like disposable baggies of Microsoft Office shortcuts and the lint of lumbar cushions.

Nevertheless, I was always an exemplary employee. I was born a conscientiousness-nerd, I suppose. I always believed in doing my job, doing it right, and following the rules. But in these jobs, when I had ideas for improvement, do you think I opened my mouth? Nope. They were on their own. And when the boss asked for volunteers to train a new hire or organize a party, do you think I raised my hand? I may have been a solid worker, but I wasn’t a doormat.

The Employer Side: Shrewd, or Just Plain Stupid?

Some might argue that to employ the aimless is shrewd business. The aimless need direction, and a savvy entrepreneur can use that to their advantage, focusing the employee on labors that profit the employer. Essentially, it’s a case of, “Have no vision of your own? Well then, knock yourself out for mine!”

And let’s face it: there are people who are perfectly satisfied collecting a regular paycheck that covers their basic needs, buys a new recliner every seven years, and affords them premium cable.

But are employers who aspire to mold Stepford workers missing out on something?

One could argue that companies with the guts to hire self-motivated “dreamers” have the potential to enjoy a greater level of success than those who hire the dreamless.

For example, if you’re an entrepreneur hiring people with no personal ambitions, you can certainly imbue them with enthusiasm for your vision. But are these people really adding anything to the mix? Are they contributing fresh ideas and insights, or is the entrepreneur merely seeing themselves reflected in the deeds of their workers from day to day? It feels to me like a recipe for getting — and staying — stuck.

On the other hand, people with dreams of their own tend to possess creativity, which often translates into problem-solving abilities, analytical skills, and more. The entrepreneur who respects employees with these qualities can reap huge benefits from their employees’ contributions and leap far ahead of the competition.

Are They Withholding Their Best?

Some employers might argue that hiring talented employees with goals beyond the “day job” only sounds good in theory, because the employees are really saving their “best stuff” for their own projects.

Maybe, if the employee’s ambition is to eventually compete with the employer directly.

But in my experience, most creative people work in jobs that don’t precisely mirror their personal ambitions — like when I worked as an intellectual property paralegal, but was writing my first book on my lunch hour.

Creative people are not born with a finite amount of imagination they must use prudently. If anything, creativity is like a muscle — the more we use it, the stronger it gets. We’re drawing from a bottomless well. Therefore, employees can afford to give freely on-the-job without fear of depleting their resources for personal goals.

Not Just Creative, But Smart

I would think that most employers would want to hire bright people. People with personal ambitions tend to be more than just creative — they’re smart.

But by harboring a prejudice against candidates with dreams of their own, are employers shooting themselves in the foot? Are they hindering their own company’s growth by sticking with “safe”, less- capable workers?

I love this argument: “Employees with dreams should be avoided because they’re more likely to leave the company”.

Any entrepreneur who expects a lifetime commitment from an employee needs to wake up and smell the statistics. The median number of years that wage and salary workers had been with their current employer was 4.2 years in January 2018, according to the Bureau of Labor Statistics.

However, employers have it in their power to maximize the number of years their talented employees stay — for starters, by recognizing and supporting workers’ autonomy and personal passions; by creating and maintaining a pleasant work environment and fair policies; by providing opportunities for personal and professional growth, and more.

So don’t be afraid to hire people with dreams of their own, and don’t hesitate to encourage employees to pursue their own goals. I’m confident that most will react as I did when given that same encouragement: by hustling for you in appreciation for the ample room you’ve given them to flourish as individuals.